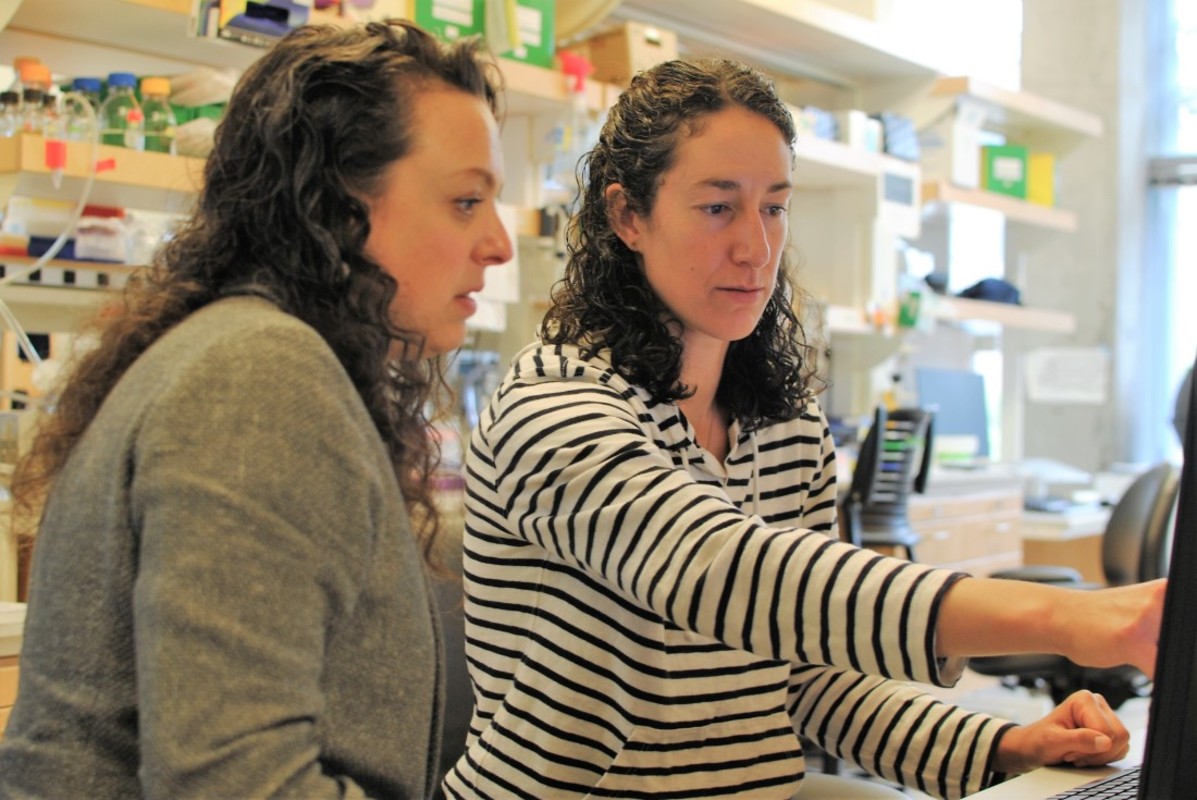 ‘These innovations build on each other and they plant the seeds for future innovation.’ Florence Chardon

Listening to Chardon, a Ph.D. candidate in the UW Medicine Department of Genome Sciences, it is evident she chose the right career path. She finds conducting experiments in laboratories using CRISPR, the gene editing tool, is much more challenging and interesting than raising money for reelection campaigns.

“The field of genomics today is moving at an exceptionally rapid pace,” Chardon said. “It seems as though we’re seeing new, impactful developments every two months in this space. All these innovations build on each other and they plant the seeds for future innovation.”

It is also evident that Chardon, 29, will play an important role in the future of scientific innovation, a hallmark of the Brotman Baty Institute for Precision Medicine.

“Flo is determined, focused, and perseverant,” said Dr. Lea Starita, one of her two scientific advisers, as well as serving as an assistant professor of Genome Sciences and co-director of the Brotman Baty Advanced Technology Lab. “With those traits, combined with her ever-present optimism, she is destined to excel in genomic research or any other area of science she pursues after finishing her Ph.D.”

Chardon hopes to complete her doctorate in the spring of 2023 and plans to explore a career with a startup firm. It is critical, she said, that scientific research, regardless of the field, “become something valuable to society;” it needs, eventually, to lead to the development of commercial products whether that be pharmaceuticals, laboratory equipment, or quantum computers.

She believes her graduate work is preparing her well for such an endeavor.

“Graduate school teaches you to be a good scientist,” Chardon said. “I’ve learned how to drive a successful project forward, including making critical decisions at key times and taking full responsibility for these decisions. These are essential skills for contributing meaningfully to any team, including that of a startup.”

With her sights set on joining the private sector soon after graduation, Chardon is expecting to stay in the Seattle area or return to the San Francisco Bay Area. She arrived there in 2010 from her home in Santa Barbara, California to begin her undergraduate work at the University of California, Berkeley. At the time, she was still debating whether to major in math or chemistry.

“I love solving math problems,” she said. “But it was hard for me to see where a career in math would go, especially because math gets more and more abstract the further you advance in the field.”

She also thought working in a lab would be “really fun, even though I had never done it.” Chardon started her first undergraduate lab position during her junior year, and the direction of her remaining two years at Berkeley was set.

“I really like the culture of a lab,” Chardon said. “It’s a group of like-minded people working to solve similar problems together.”

After her undergraduate graduation, she found many like-minded colleagues at Genentech, the San Francisco-based biotechnology subsidiary of the pharmaceutical giant Roche. Chardon joined the company in 2014 as a research associate. Over the next two-plus years, her work “solidified my love for biology and more specifically, genetics.”

That experience provided her insights that drove her more toward biology and genetics, as well as underscored the imperative of developing commercial products from scientific research. With the encouragement from many of her Genentech colleagues, Chardon applied to Ph.D. programs and arrived at the University of Washington in 2017 to work with Starita and BBI’s Scientific Director Dr. Jay Shendure.

Since starting graduate school, she has been awarded two training grants from the National Institutes of Health: “Big Data in Genomics and Neuroscience” (2019) and a “Genome Training Grant” (2020 and 2021).

These grants are helping fund her work on CRISPR-based perturbation and editing methods and DNA sequencing, studying how regulatory DNA controls the expression of genes. Chardon is also using CRISPR prime editing, a precise gene editing method that enables researchers to make DNA substitutions, insertions, and deletions in human cells and animals. Chardon was a contributing author on a paper on this method, “Precise genomic deletions using paired prime editing,” published last year in Nature Biotechnology.

Last February, Chardon joined Shendure on the review paper, “High-content CRISPR screening” published in Nature Reviews Methods Primers. It is one of six peer-reviewed papers to which she has contributed.

In addition to the “exceptionally fast-moving pace” of genomics, she also is pursuing another accelerating avocation: elite cycling. 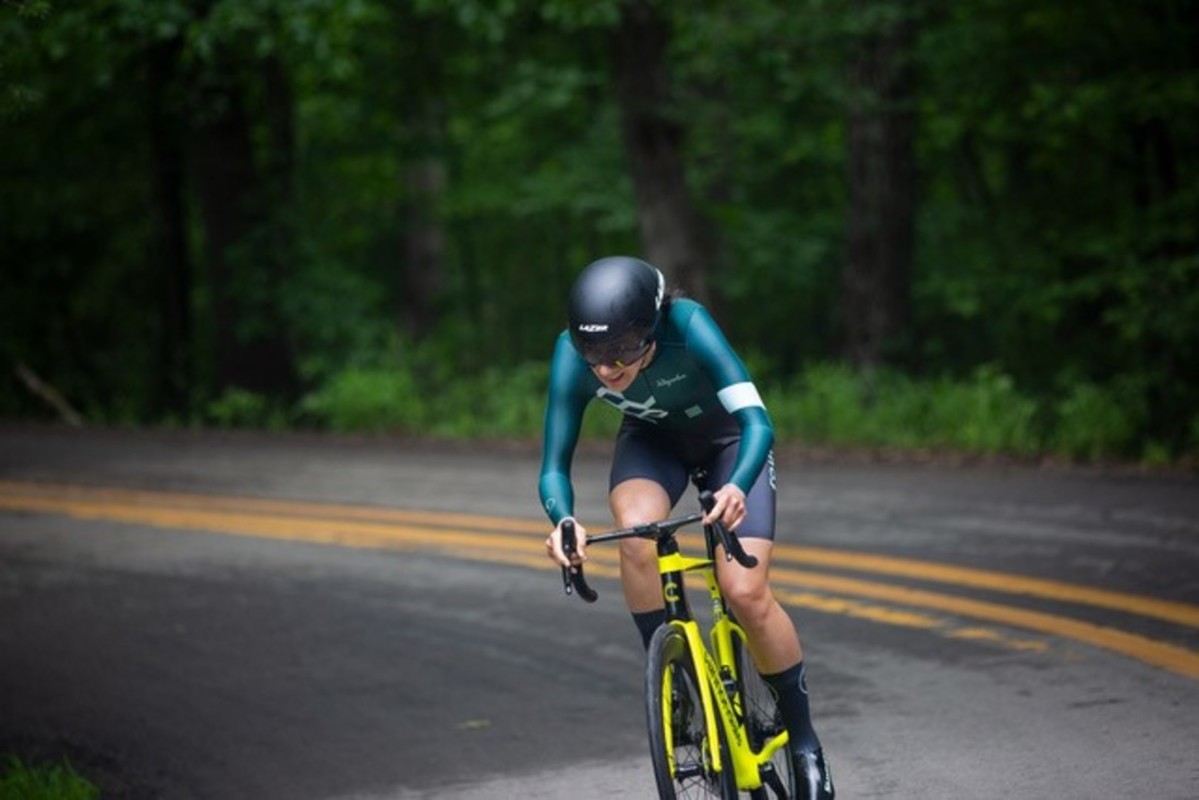 “I’ve been an athlete my entire life and started cycling 2015 while commuting 20 miles a day to and from Genentech,” Chardon said. “Here in Seattle, there is an extensive cycling community. It’s a great way to meet people and make friends who love cycling as much as I do.”

Chardon, an Austrian national, will travel to Austria later in June to compete in the Austrian road cycling national championship, a one-day, 55-mile race. She’ll be competing for the team with which she trains and races in the U.S., Seattle-based Fount Cycling.

“This race will be a demanding challenge for Flo, but she will meet it and excel just as she does in the lab,” Starita said. “She has a keen eye for identifying problems or issues, discerning ways to solve them, and charging ahead. And throughout the process, Flo gains new insights into addressing the next challenge.” 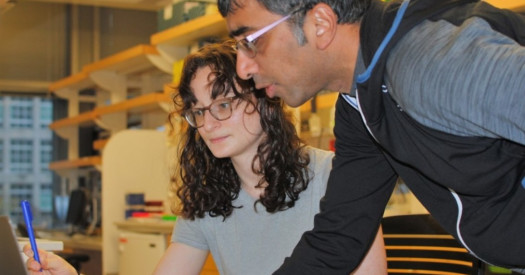 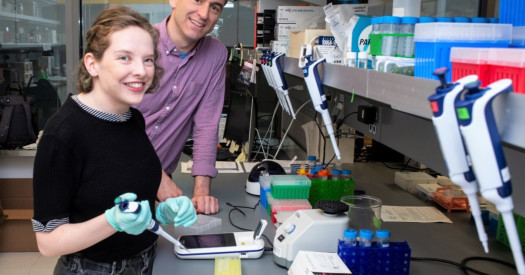