BBI’s Dr. Albert Folch has three passions in life: microfluidics, art, and soccer. It might be difficult to combine all three in one book, but in his latest manuscript, he deftly integrates the first two. 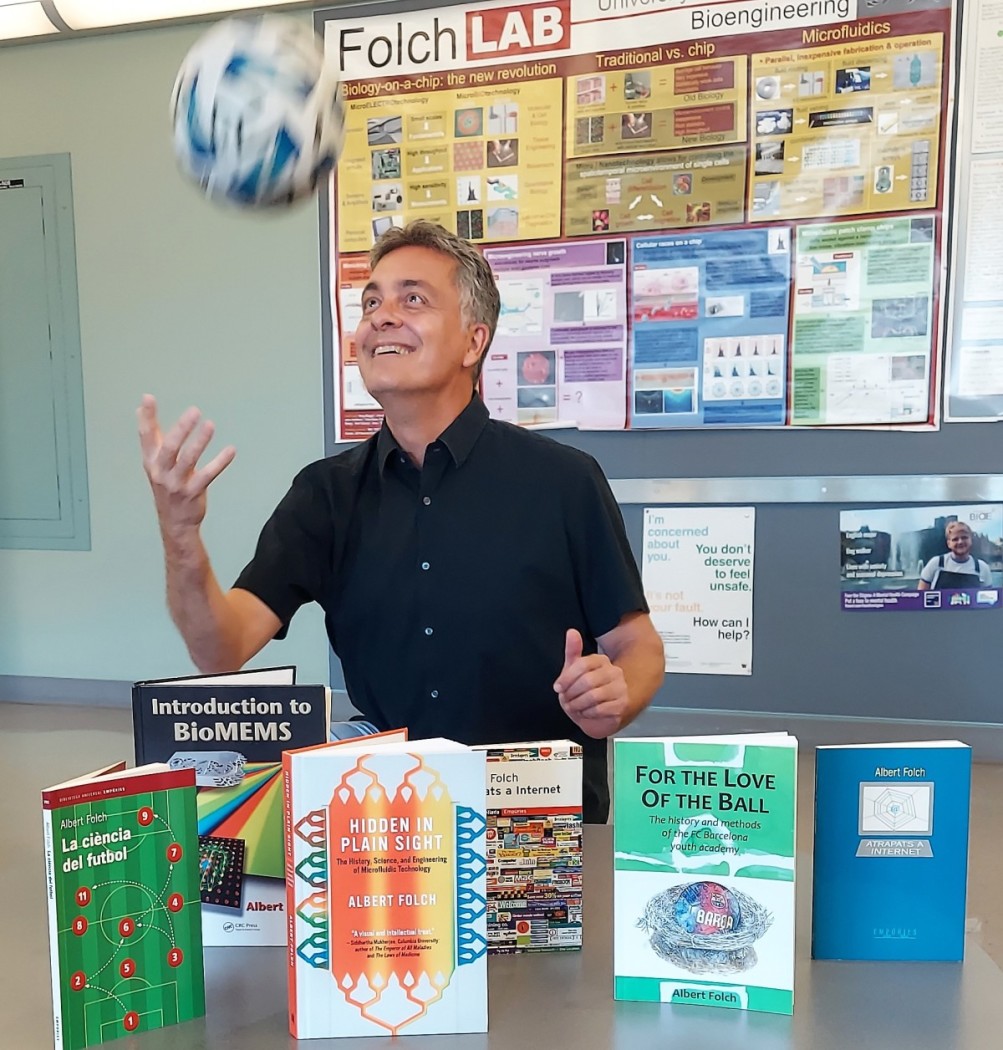 BBI's Dr. Albert Folch: 'If this book raises the awareness of microfluidics among a wider audience I will have done my job.'

BBI’s Dr. Albert Folch has three passions in life: microfluidics, art, and soccer. It might be difficult to combine all three in one book, but in his latest manuscript, he deftly integrates the first two.

“Hidden in Plain Sight: The History, Science, And Engineering Of Microfluidic Technology,” was published in April by MIT Press. It explores the fascinating intersection of liquid and science and the ways microfluidics are incorporated into everyday activities – from inkjet printers to pregnancy tests.

The book, as Folch writes in the prologue: “is my attempt to unveil not only the inner workings of the devices hidden in plain sight, but also the efforts, teams, places and circumstances that enabled those inventions and that, once archived in memory, end up below the surface as well…. I intend this book to be for people with some background and interest in science, but no background in microfluidics…. If this book raises the awareness of microfluidics among a wider audience I will have done my job.”

Indeed, Folch has met – or exceeded – his goal.

Through his engaging prose and equally engaging images, both his own and those of other artists, the UW professor of bioengineering takes readers on an inspiring tour de force of microfluidics. Where else might one encounter references to Albert Einstein and John Quincy Adams on the same page in a prologue? 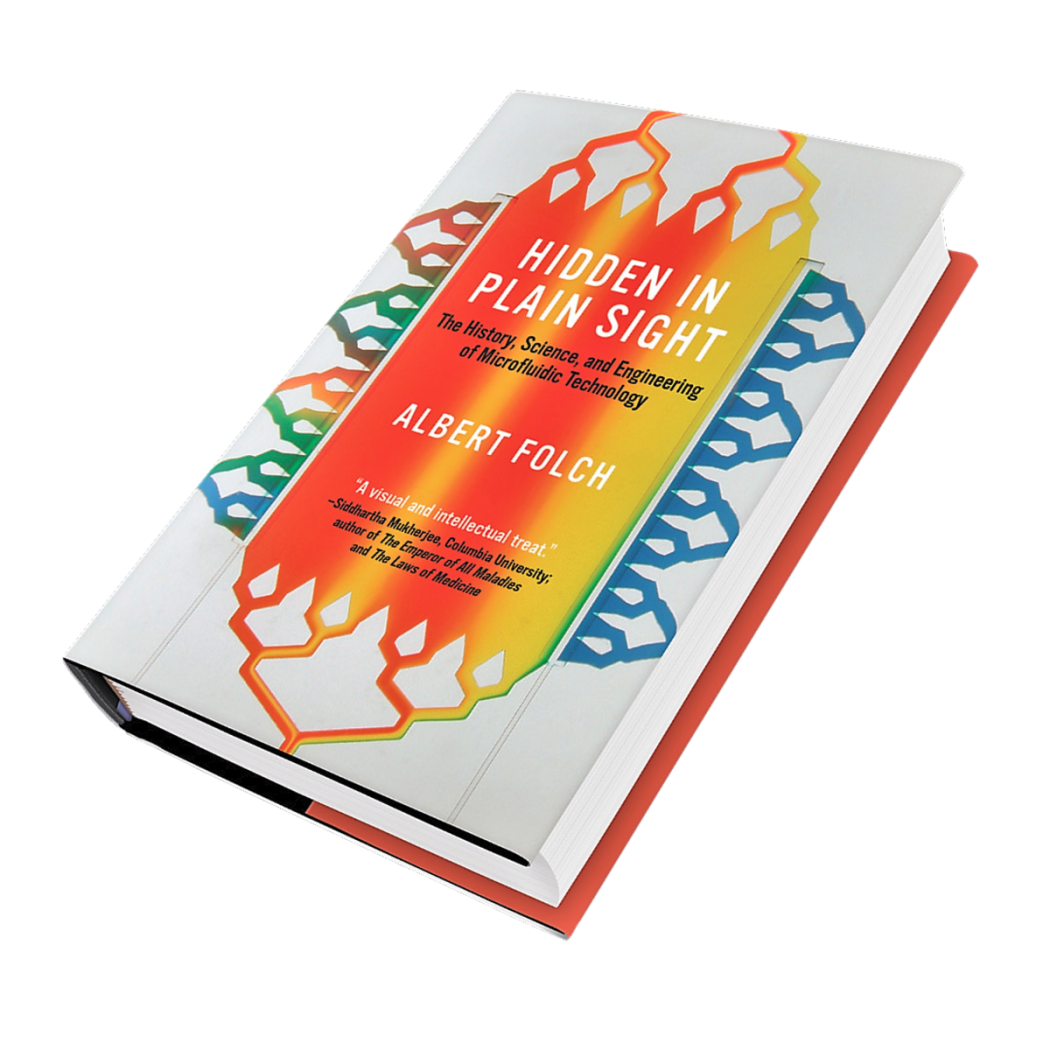 Folch believes that combining art with science helps non-scientists lose their “fear of science” and approach technical concepts that they would otherwise not dare to approach.

“My artwork enhances my research,” he said. “It helps bring the concepts of scientific research to life.”

The belief that art can be a “powerful medium for exploring the deeper meaning of scientific endeavors” is the theme of the article, “How to shape a productive scientist–artist collaboration,” published last year in the journal Nature.

“Collaborations between scientists and artists are under way around the world….” according to the author, Virginia Gewin, a freelance writer in Portland, Oregon. “Although many such collaborations aim mainly to engage and educate the general public about science, scientists and artists are recognizing that creative partnerships can turn science into captivating art…. Yet artists and scientists often inhabit different worlds, making it difficult for them to find potential collaborators. And, once a team comes together, it takes time to build a productive partnership that can meaningfully exchange ideas and set expectations for the final product.”

For Michael Zager, productive partnerships are the essence of success in his role as the director of the Fred Hutch-BBI Center for Data Visualization.

“Successful collaborations between scientists and artists are humble and fluid, reshape ideas and result in something neither could have conceived independently, Zager said. “The most successful scientists are not those with the best ideas, but those who are the best at communicating them. In this regard, researchers have much to learn from artists. They must cast their ideas in a light that not only illuminates, but inspires.”

Inspiring is one way to describe “Hidden in Plain Sight.” The book is the latest manifestation of Folch’s passion for microfluidics, the work of his lab, and the advancement of precision medicine. Ultimately, he is committed to seeing the day when “we perform drug tests using human biopsies, altogether bypassing animal testing.”

“I am not just hopeful, I am confident the science of microfluidics is leading us there,” he said. “The small size of biopsies represents an excellent technological match for microfluidics, so what becomes a challenge for most people is an advantage for us. I have already planned the next 10 years of my lab’s research around it, and I see no end to it.” 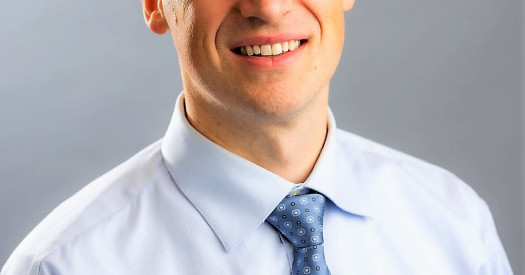 BBI Member Dr. Andrew Stacey is an Associate Professor in the Department of Ophthalmology at the University of Washington and Seattle Children’s. 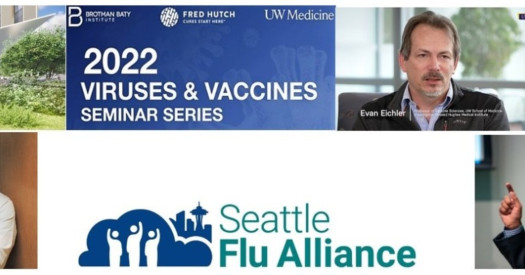 The start of a new year offers the opportunity to explore organizational highlights over the previous 12 months; here are a few exceptional events from 2022.